Tetsuya Lawson
Read More
I started Greg's course in May 2021 with a slight hesitancy to Greg's different and unique approach. A year later, I'm fully committed to Mystery to Mastery and have used his methodology with my private students. Greg's teaching has had an immense impact on my approach to the mechanics of the trumpet and I have improved greatly since day 1 of the course. I have gained more efficiency and freedom on the trumpet then ever before which has helped me to better express my musicianship through the instrument.

I can't recommend Greg's course enough. To any level or age, Greg has the tools, knowledge, and experience to help a brass/wind player achieve their dreams to the fullest. It does take time and patience, however the result will be well worth it.

Thank you so much Greg and looking forward to seeing you in person sometime soon for a beer and some trumpet nerd time!

Al Crosbie
Read More
Allan from New Zealand here, I only picked the trumpet up 4 months or so ago and was learning off Youtube where I found Greg and his WindWorks school. I've had no formal tutoring up to now, only what I've been picking up off the net. But I've just become a member of WindWorks and finding it so helpful, amazing really! Gregs tutorials are easy to follow, and full of practical guidance & wisdom. So appreciating the insight Greg offers into the science and psychology behind practicing and playing my trumpet. And boy is he passionate, so encouraging and inspiring. I'm excited and looking forward to my continuing trumpet journey with WindWorks. Thank you so much Greg. 5 stars buddy.

Nigel Huckstep
Read More
Basing a music course on scientific method and research rather than “this is the way we have done it since the 1800s”, what sort of trickery is this?!? The 19th and the 20th century all dabbled around the edges of science, but scientific focus was mainly around improving the equipment rather than how we use it.

Roll in WindWorks and Greg Spence who not only recognised that playing brass is actually a scientific process but has managed to develop a program integrating a range of fields of science that have previously been neglected. While most musicians will acknowledge the role of physics, few actually think about physiology and even fewer think about psychology or neuroscience as critical factors of playing. It doesn’t matter If you play well or badly, physics still happens, sound waves will still be generated by oscillation through an aperture into the resonating body of the instrument.

This course takes that basic premise but adds a different slant to human physiology to improve efficiency of playing. Some of the most ground breaking elements include introducing psychology and the way we approach the instrument and neuroscience to change unhelpful neural pathways and create new useful neural pathways, so the efficient and effective methods encouraged by Greg become the new normal.

I wish I had started this way 40 years ago, who knows what path my life have taken.

Tom Mattrocce
Read More
After years of lip buzzing Greg has finally shown me (us) the correct way to play the trumpet with so much less effort. Showing the correct way to open the throat via our "concert hall" and the tightening of the corner of the lips just where they touch the mouthpiece (milk spout) has certainly changed my playing. For the naysayers, who think Greg's approach to playing is "snake oil", give his method a chance. It took me some time to realize what to do but I am finally getting it, especially after watching all of his new Zoom Classes.
ENROL NOW 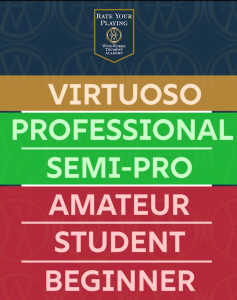 ARE YOU READY TO TAKE YOUR PLAYING TO THE NEXT LEVEL?

Step up the playing ladder and become the player you have always wanted to be by learning a NEW and BETTER way to play.

The WindWorks Trumpet Academy is a one-of-a-kind platform that offers you a never-seen-before opportunity by exposing limitations and revealing step-by-step solutions.

Improvement is immediate, thanks to a new Psychology, SIGH-chology and method application, right from the very first lesson. Your limitations will be revealed and eliminated when you unlock your inefficiencies.

There are only 4 simple elements that you need to develop, yet players worldwide hit unbreakable ceilings thanks to confusion about what and how to practice.  Don’t waste another minute “going it alone”, hoping for success.

There is nothing more powerful than knowing exactly what YOU need to be working on, and how to develop effectively. At any time you can call on 24/7 support group mentorship guaranteeing you are on the right path. 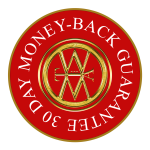 HAVE A WEEK ON US!  Sign-up now and you will not be charged for 7 Days.  Cancel at any time, absolutely no obligation.  NO RISK 30-DAY MONEY-BACK GUARANTEE

Why pay $5,000 – $50,000 per year, when you can get the world’s most concise and effective brass learning experience for as little as just $15 per week?  With hours of recorded resources and live accessibility at your fingertips, any time of the day and night, joining right now is the best decision you can make for your playing.

Start your journey now, there is no more time to waste!  ENROL NOW